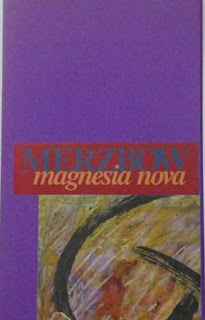 subtitled as 'a study on the connections between the hellenic and japanese culturess' this is probably my most commercial release ever. 1000 copies, worldwide distributed by soleilmoon (usa) & staalplaat (europe). still reflects a turbulent period for my life, within less than a year that perverse series existed i managed to do the greatest mistakes of my life (that were almost to cost even an imprisonment back then), happens though when you are at your early 20's turned a useful experience for the first decade of the 00's.

there was an idea dropped then by nikos hatzopoulos of oxy pbl that we included a book too. masami needed sometime to work on it and then we had to translate it so the idea was shelved.

on the other hand still i recall the day i booked the release. masami had sent a master tape to listen. is almost 15.00 during a hot july day (around 40C especially that day) so i simply open wide the window or my room play the tape ultra loud in order to test... within 3 minutes i noticed that almost all of the winodws / doors, etc of the opposite block of flats were shut down and took less than 10' for my parents to realize that it was me listening to music as always and not our washing machine had gone mad! after than i simply sit in front of my typewriter wrote a letter to masami saying is a deal and i faxed it... the rest is history...

...back then during a huge merzbow overload i liked it but as i consumed so much of masami's works at that time hadn't paid attention to details that i track down upon listening now. a lovely one!

ps: as actually is influenced by plato's 'timeus' here are useful links first an introductory to the book and the book itself for download. ancient greek / modern greek translation here (not sure which version it is maybe the vassilis kalfas translation of polis issued back in 1995 as he's mentioned in the introdution.)

p2 : the actual cover comes in blue carton but couldn't find the copy in the collection when i was uploading it so took a magenta one of the limited ones. 1000 were printed on blue carton and for the fun of it some 100 on magenta, orange, light green and can't recall if were other colours too...
Αναρτήθηκε από www.noise-below.org στις 3:03 π.μ.