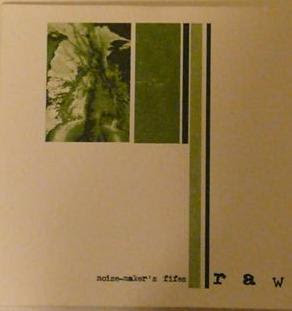 the mediaterra festival was an annual event organised by fournos (a legendary place in athens downtown that at least for a great part of the 90's various live sets - besides theatre / dance groups that used to use it for performances- were held there.
still memorable for me was ilios's 'agamemnon' project, of early 90's.. anyway... sometime in fall 90's they handled the mediaterra festival, can't recall how many events took place, i was always too sloppy to attend any (and regret 'bout that) but the 2001 event was held at the technological park of lavrio (a city around 55 km from athens's downtown). was a great chance not only to attend the event but also for a cool trip so with a couple of friends drove to attend mostly the nmf live set. which was a trully memorable one (still recall a couple of guys saying that 'they're neopagans' and a host of other crap during the set). the late geert feytons was the same enthusiast as i were to issue it. actually the cdr came out of a live recording they did from their camera. includes material also from another theatre work they were handling back at the time.
so here's the titles info

GREAT post & wonderful blog! There are some reasonably priced original copies of this available on Discogs the last time I checked.
Do you have any of the early cassettes to post? (...Hate Empty Tapes or With Words, Stones, Colours & Sounds)
Thanks again & again!

ONE OF THE BEST 'ABSURD' RELEASES!! AMAZING!!!

what a great site... unfortunatelly I cannot complete not even one zipped file... that does not make your effort marvelous!!! euxaristw!

thanks. unfortunately i don't have nmf tapes. the few ones that i purchased years ago didn't turn(at least back then) my cup of tea so i didn't keep them.