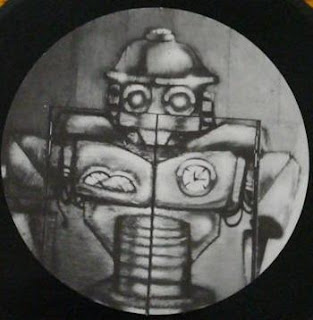 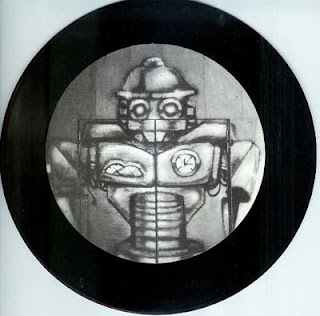 another fine one. thanks to korber who suggested with another recording (which hopefully will be out as a cdr later this year on 'a question of re_entry). clockin' almost 18 minutes is a stellar set! play it loud!

cover idea came accidentally and materialized thanks to the help of panos of (former) 'solwnos & massalias' (now 'ypogeio' @ kaplanwn 11 st, athens) record store who sold some 100-150 7" at a ridiculous price. and was a great chance to play with one of absurd's greatest obssessions 'robots'!


here's the info too

limited edition of 99 copies. each disc comes attached to a vinyl 7" of unknown content.