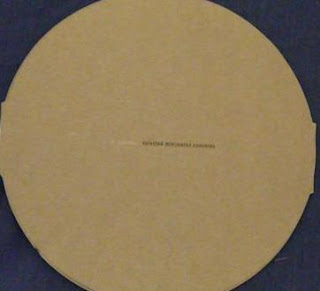 i was and still am fond of marc's work. since the first time i chanced upon it. his first trente oiseaux cds and the design he used to do for the first cds of the label but also his unique soundscapes. if not all of his entire discography at least his first ones belong to some of the most formidable listenings i had. it won't be a lie to say that. being fond of his work as in some cases had broadened my horizons too, wanted to make a cdr. came up the 'selected minimalist concerns' a compilation of tracks spanning somehow a period of a decade's work. must admit that it was probably one of the few times that will never forget as long as marc not only did the artwork for the cdr but is probably the first time that an absurd artist checks the slightest details of the release regarding sleeve or cover artwork problems!

cdr promos in the typical plastic sleeves that absurds come.