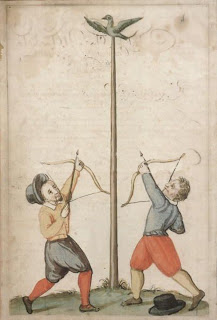 the funny thing with this baby is that took 17 whole years till finally published or better say uploaded.

sometimes i wonder how things would have been if we were that blinded back then and issued a xeroxed version of it rather than scratching our heads if we'll do it offset, etc etc etc.... long story to cut it short here and influenced by the publishing hype of that time. the funny thing though is that with the passing of time we have handed here and there more than 100 xeroxes of it...

some useful info.. is the first post-grind (allow me call it so) era and we have took a looooooong descend into the world of obscure musics, lots of listening, writing, reading, searching, crashing at each other's home for hours & hours for the usual coffee / tea... then alcohol blah blah and in the meantime listen, listen, discuss, tape on tapes, listen, listen, etc we were influenced from various factors but the basic philosophy that till today is kept was the way of expanding like an octopus in various genres & fields we liked known or unknown and the perception of the zine as the beehive / beequeen out of which we'll keep on exploring things.. the zine as a living organism or an entity that is slowly built and all of a sudden is thrown into the wild, etc. certainly appeals to someone the absurd philosophy or the noise-below one as well.

and our activities so far have proved so. as out of genital grinder have seen daylight projects such as absurd, perverse series, harsh dept, a question of re_entry, the 'a strange attractor'record store, editions_zero, etc.

great influences were projects like V2 archief and nearly all the people invoived in it back then, daniel plunkett's legendary ND zine, club moral's devastating 'force mental' zine, francoise duvivier's 'metro riquet' zine to name some but of the most important.

to the 'zine, overall included articles / interviews on / with :