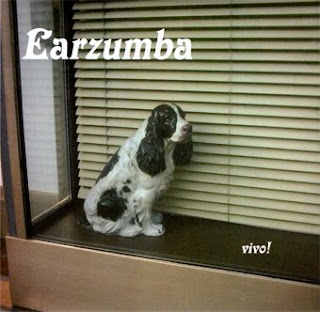 that came accidentally almost a year after the release of 'real ruido pastizo' the actual plan was a secret gig and a secret dj set on the birthday of a friend in xanthi in early december 2008. dropped a line to christian if he liked the idea and he was for it. arranged everything, the dj set of our friend christos karras (former editor of the 'overdub' fanzine) arranged with the bar 'kokori' in xanthi however due to lack of space we couldn't work out the gig so we split this memorable event in 2 places. the earzumba live set and the city's folk museum and the dj set in the bar.

as a result is this cdr issued on hrysalida (the disguise under which events are held in the city of xanthi) including sets from 3 live sets and various dates at m.a.m.b.a. in buenos aires, argentina, fluc, wien, austria and folk museum, xanthi, greece.