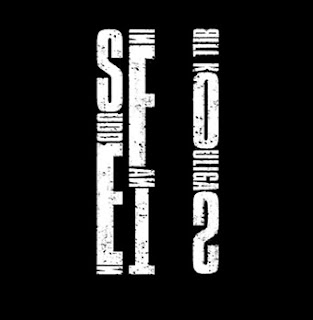 can't recall how the idea was dropped guess must have been during a maelstrom of emails exchange with bill or something like that the thing is it happened, with artwork, package designed and done by bill being one of his first solo recordings (well the family battle snake saga was at its outbreak at the time) and was ready just at the time for 06's atp fest.

i know that today bill's side might not be as great as it first sounded as he has progressed a lot but still love it and gotta admit that am dying for the sudden infant side for me stands as one of joke's finest moments, download play loud and share the enthusiasm!