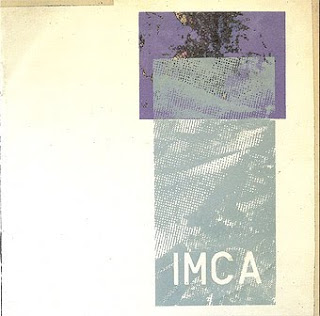 i love this record. i trully love this record. if i was ever to describe to someone my feelings about the (tape & not) network as i lived in my teens circa 89-approx 94 during a trully turbulent period then it would be this record nowadays of course some more but guess this one is of those that could be described as all in one. or something like that. it reminds me of my first steps in the world of obsucre musics, one of the first korm plastics catalogues i received back then and the flyer announcement for the imca lp limited to 77 copies that due to stupidity didn't buy then and luckily purchased a few years back from RRR via an ebay auction, etc..


guess also is freek kinkelaar's vital weekly review that fits best as well to the case so i paste the review / press info for it.


I have to admit that I have a love-hate relation with this album. I love the
way this album was made. It represents a somewhat bygone musical age, a time
with cassettes and without e-mail, when things worked perhaps slower, but
perhaps also more intensely. The full story of how the IMCA project
(International Musique Concrete Ensemble) came together is told in detail in
the CD booklet. In short, in 1990 Frans de Waard started a mail
collaboration with John Hudak and Jos Smolders for a cassette on Midas
Music, and later a second one with Guido Huebner (of Das Synthetisches
Mischgewebe), Ios Smolders and Isabelle Chemin, which was the LP released by
Korm Plastics. The basic soundmaterial (created by De Waard) was mailed to
the first recipient who would rework the material and mail it to the next
recipient etcetera. Thus a network chain was born. The results were released
on the original IMCA album, which came on glorious white vinyl and contained
an explanatory booklet. The vinyl edition consisted of 98 copies; 77 of
these were for the public, 21 for the makers, resulting in the fact that
many people knew about it, but only a few actually heard the music. I
remember I was supposed to help gluing the covers, but I can't remember if I
did in the end. I was given a free copy, so perhaps I did. I love the way
this re-release is presented; an old tattered cover of the LP was used for
this CD, which gives it a nice archival touch. The booklet is well-designed
(by Meeuw), contains some of the original notes and explains the recording
process in detail. But now to the music: IMCA is not easy listening, it is
in fact a very demanding, electro-acoustic record with extreme dynamics.
These dynamics were a bit lost on the original pressing on vinyl, but due to
Jos Smolder's remastering these are back in place, which means you'll get to
hear the IMCA ensemble as it was meant to be heard. The opening track of the
CD still gives me a headache: high pitched feedback shrieks close to the
level of irritation. It's hard to listen to this without turning the volume
down. Luckily the electro-acoustic/musique concret of IMCA becomes more
listenable after the challenging intro. The often dry sounds (dry as in
untreated") are combined with long silences, with, at times, sudden blasts
of concrete noise. Most of the used sounds seem to have their origin in
noise (musique concret) rather than a musical source. Despite the many hands
at the wheel of this album, the results are strangely coherent, which is a
complement to those involved. In total 10 tracks are indexed, even though
it's hard to tell where one ends and the other one begins. IMCA is probably
best enjoyed in one long listening session in the right frame of mind. The
final 2 tracks, which make up for the final 30 minutes of this CD, feature
side A and B from the Midas cassette version with contributions from John
Hudak. Here the sound is more traditional industrial if you like, with
rhythms and a bit of a Nurse With Wound touch. Not bad at all. This is an
important archive release of an album made by adventurous musicians who
actually live up to their name. Like back in 1991, I'm not sure if it's
musically a classic, but I am very happy to have this in my collection. (FK)

still have copies if anyone interested for a physical copy. trades are more than welcome as always just drop a line here