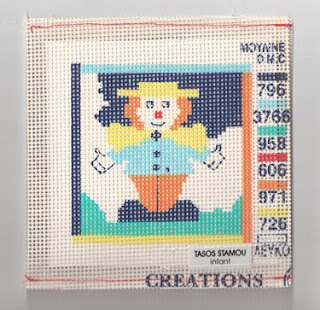 i met tasos stamou for the first time sometime in november 06 in athens, it was a couple of weeks before that he participated in a gig organized by the early noise-below hybrid (hosted back then on www.void.gr server & being absurd's & related activities official site), in late october 06 with valerio tricoli that was held in zenit club in thessaloniki. till then i was unaware of his existence or his work and it was kostis kilimis (of organized music from thessaloniki / noise-below administrator) that introduced me to it. a mix of electronica, circuit bending, experimentation at least those words come now in mind to describe the feelings of the first listens i did to his work. it didn't take long to come up with a cd idea assembling various pieces he did and span a period of some 6 months between oct 06 to early /mid 07. so sometime in mid/late 07 the cd was out on editions_zero numbered as edition_zero #15 to play w/ absurd's sacred number and a booklet that was assembled of images like teddy bears, dragons, balloons images that deal with absurd's cosmology. a print run of 500 housed in a knitting image kit. actually some 420 or 430 were made as we didn't have enough knitting sets. (some 70 of the cds were recently recycled during a special destructive set too so let's say that 400 cds exist, mention so for the completists).
so here are sounds to make you feel like a child that discovers the universe. 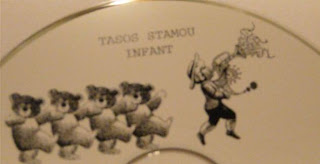