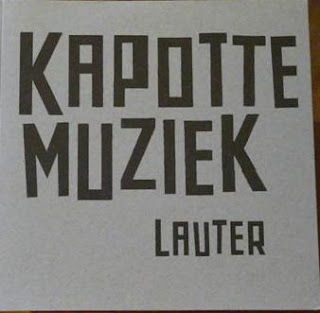 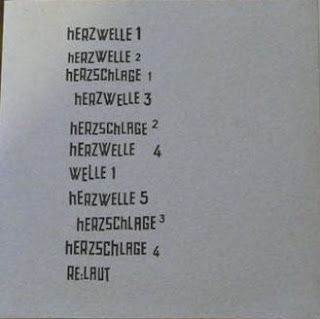 kapotte muziek's lauter belongs to those recordings that trully helped harsh dept back in early 90's to gain its notoriousity. i'll write the harsh dept story of the tape, when the tape version is ready for upload (sometime sooner or later). forward in time now... fall 90's and as i still love 'lauter' and its sound and wanna have it available again and again, i ask frans whether he object for a cdr reissue of it. knowing frans for ages he couldn't resist of course but he suggested a reworked version of it and that's how it came out a bit reworked including as bonus an almost 25' min piece 're:laut' which was actually a piece constructed from sounds scambled from the tape. housed in a gorgeous -as always- artwork of jos moers aka mr. meeuw muzak! at last now i have the chance to have it available again (almost) to infinity!