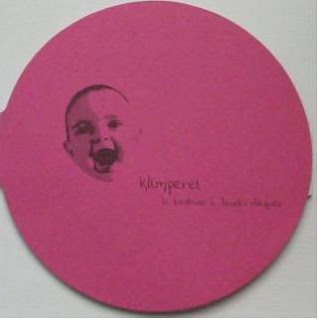 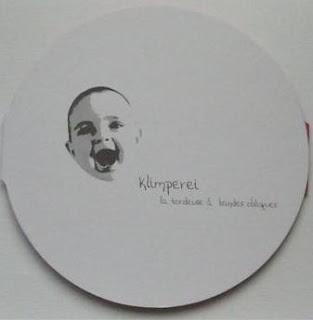 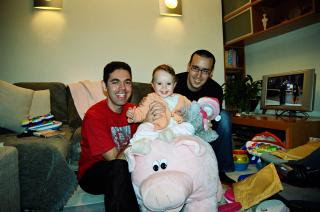 'turning point' or at least this are the words that comes in mind each time i think, come across in the archive, etc of this moment / release... could use the 'every picture tells a story' too as is perhaps the only picture that evokes those feelings too from the 00's. november 2003 saw the birth of little maria-amaryllis, daughter of my pals thouli & mihalis, an event that back then sounded normal, i found a job so could spent more on releases, dissapointed from athens's local scene (w/ some exceptions) guess that the idea that dropped in march 2004 from mihalis was the chance for new options / ideas. simple as that, a special cd release to celebrate amaryllis's 1st birthday. whom to invite? klimperei! a band we both loved for their weird 'toy' sound (feel free to visit their site to get an idea of what i mean). without 2nd thoughts dropped a line to christophe petchanatz and this compilation cd including some of their most beautiful moments was set up as part of the 'research center for the definition of hapinness' series. issued officially on november the 10th 2004, handed to all those who were present at the 1st birthday party and the rest for distro. 2 covers or actually 1 but as we used that pink/white paper while printed half of the covers were printed w/ white-pink cover, half pink-white. an edition of 120 in an envelope was also made. 500 copies print run. a cd that was the beginning of more absurd travelogues, whose details or part of them will be slowly unfolded in future posts...

Hi there! Nice blog. Just thought to comment that celebrating my little daughter´s 1st birthday I released a 3-inch mini-cd including ambient/noise/musique concrete made of my daughter´s voices and noises. It certainly ain´t typical kids music. Check out MARKO & MYKY: Mekonium Baby at http://ikuinen-kaamos.blogspot.com/

thanks for the comment! download it right now! can't see the time to listen to it!
it doesn't have to be 'typical kids music' always!!!!
nicolas