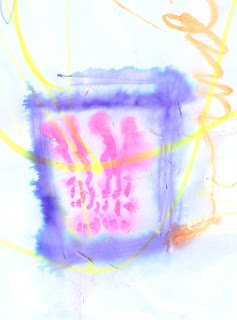 i came across the mastermind of chris phinney & his legendary 'harsh reality music' & mental anguish project thanks to neo rok zine and a stellar compilation that was issued by its editor george priniotakis in early 90's. in it was included a hands to piece, taken from the hands to / mental anguish split LP on harsh reality. i recall dropping a line and asking for a trade... still can't recall if i send hidden $ or a trade to get my copy. however the result is that i lost my mind when i received chris's pack not only because of the lp but also thanks to the stellar releases catalogue!!! pure brainstorming... the thing you wanted to rob a bank and buy all!!!! as i was in the early steps of harsh dept i asked him for a possible mental anguish best of as he had tons of tape releases and here is the result... it was supposed to be harsh 003, to come in 1992 limited to 80 copies on a cro2 tape... never came up w/ a proper cover for it (i still see the one i had made and find it too bullshit). i doubt if were ever made 3 or 5 copies of it. remained shelved with the wish of a release sometime later. never occured. a cdr idea was in mind for sometime in early/mid 00's the same shit too... so at last exactly after 17 years (feb 92 got the master) here it's proper release... (re)issue or call it whatever! with a cover artwork from my sweet lalia!