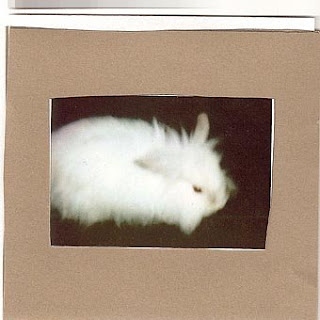 here's a recording of 2 beloved projects and friends. peter strickland (of the scb fame) is a great pal for long time. scb also have been a great fave plus the peripheral conserve label that issued such great musics back in early 00's till it ceased to exist.
bohmans as well have been this eccentric duo that have offered me not only some great times of listening but also one of my most unforgetable live sets in small music theatre some 6 years ago. needless to say about adam bohman, a long time fave not only for solo or collaborative works but also being a member of my ever beloved morphogenesis project.

'imperial metric' was supposed to be a lathe 10" between gold soundz and absurd. shelved for looong finally saw daylight as a cdr. different cover on each label.

included as well is the pdf with the initial 10" labels. used by absurd (i think also by sindre) for the inner sleeve of the cdr. so print cover photo and labels and make your own unique cover...

while digging infos for the scb cover, etc.. unearthed an old interview with peter. done ages ago for (a still unplublished) issue of absurd... the plot was the following... questions asked about scb, countries he lived in, friends / collaborators and instead of answers, recipes or foods, etc that remind him of them... so here you are... enjoy this 'dessert'!


i still thank michael prime for the contact with peter strickland a couple of years ago, one of the founding members of the sonic catering band project. peter was coming to greece at the time (well he’s often here actually i’d say) so had the chance to meet & go out for drifting the couple of times we have met.
peter’s besides his activities with sonic catering band is also shooting short movies and seems like filming will be the activity which he will spent most of his time in the recent future, being either in the uk or in hungary where he’s also spending lots of his time as well working.

being involved in a project whose major source for raw material is cooking, as they were cooking on stage manipulating the produced sounds, the same holds for studio work too, i was curious to see how’s peter’s views on some topics of his interests/life will be reflected as food or recipes.
enjoy the meal….

Körözött – Liptauer cheese (creamy) pressed through a sieve with half the
quantity of butter. Season with salt, red paprika, chopped chives and
chopped red onions. Serve as a dip or on bread.

Pumpkin soup - Cut a small pumpkin in half and take seeds out. Cut what
is left into big chunks and cook in water until soft. Take the chunks out of
the pan. Cool, peel and mash with a liquidiser. Put vegetable stock in the
water left in the pan. Bring to the boil and then add the mashed pumpkin.
Also add orange rind, the juice of one orange, one spoonful of ginger paste,
single cream and yoghurt mixed in with an egg yolk (a small cup each). Stir
continuously adding a dash of salt and lemon pepper, nutmeg and a spoonful
of dry sherry. Bring very gently to the boil and serve with grated parmesan
cheese and fresh coriander leaves.

Pancakes – plain flour mixed with milk in a bowl. Stir well. Put large
spoonful of mixture onto flat pan. Toss both sides until golden. Add lemon
and sugar, then serve.


how do you feel drifting?

Put the sugar and eggs, one at a time into the butter. Mix until frothy. Add
milk. In a separate bowl, add two kinds of flour and cocoa powder. Add the
two mixtures together.

Butter a baking tin and put mixture in. Bake for one hour at 180°C. Cover
with foil towards end to prevent burning.

For the chocolate cream: beat the butter, icing sugar and brandy until
frothy, adding melted chocolate.

Cut the cake into slices. Cover the top with cream too. Finally add the
walnuts on top. Leave in the fridge to firm.
Αναρτήθηκε από www.noise-below.org στις 11:18 π.μ.

Hello ! I'd just discovered your blog and I think it's sensational, but the links for this on ewas deleted, ould you re-upload it please ?