an introduction to go 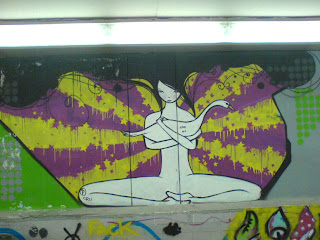 it's been quite a long since the idea for a database was born. must have been fall 90's when with thodoris zioutos(of the defunct www.anet.gr) that we were thinking of an mp3 server to host nearly the entity of our local network's archives plus new ones.... sometime later in early 00's poped up the idea of a dvd or dvdr including nearly the entire absurd backcatalogue... turned to be of those ideas that pop up and die like those butterfly species that born and die within 24 hours... however for long the idea was in the air till a recent trip to the city of ioannina to meet thymios of editions_zero that did i realise he had converted a great part of the catalogue to mp3 and had scanned covers... so the blog idea to start slowly uploading them was taken...
so to cut the long story short... 'all noises swell together (by themselves) in landscapes' will be the vehicle to store sounds that slowly built my audiodiaries the last 20 years under various names, periods, etc.. be it absurd, my participation in editions_zero, genital grinder zine days and the heyday of the greek grindcore scene, blah blah... however in mind is one more crazy baby 'excrete music' (title taken from the s/t violent onsen geisha beloved cd) to upload new things. however i don't know when it'll be unleashed... till then... download and enjoy!
(to paraphrase the two shot sons killer LP title) 'in sound my memory is stored'
happy 2009!
nicolas