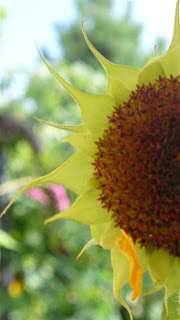 back in 1989 was born the idea for a tape label, being involved into tape trading the idea evolved in the first harsh dept hybrid via which were unofficially “distributed” tapes of greek grind/noisecore bands and were issued varathron’s “genesis of apocryphal desire” demo as a chrome tape limited to 100 copies (under licence from the group) and the 2nd tape of the greek experimental outfit Fish Eye View “the 2 fish hospitality” a part of which was recorded in Greece and the rest of the tape & mix were done in S. Africa sometime in early 90’s. the harsh dept project started mostly inspired after a discussion with George Priniotakis, who was issuing back at the time the greek zine NEO ROK (RIP), and since its formation (sometime between late 1990/early 1991) was perceived as an extension to the activities of the Genital Grinder zine, nothing else but a different form of communication. ceased to exist at the time that the whole thing had started looking like mostly a label rather an activity around a deadend zine….quite accidentally was the first project in Greece to release recordings of the what so called “extreme musics” or use any label you prefer to describe it….


harsh 001 : city of worms : quester (released in 1991 on a chrome 90 tape under licence from Matthias Lang of Irre Tapes(RIP). there were 2 editions of it, one in simple white xerox paper limited to some 77 and then another one on transparent paper sticked on blue carton limited to 50. the lengedary US project around IOS, Hands To, Jim O’Rourke, ea)

harsh 003 : mental anguish : best of… (originally planned for release in 1992, due to a problem with the covers was shelved and finally never came out, was to be a chrome 90 min tape)

harsh 006 : factor X t-shirt (edition of 100, 70 on red t-shirt with blank ink and 30 on black t-shirt with white ink. originally produced in order to announce the release of the factor X “noi” lp (harshlp 1) that was a part of the legendary “roh” series. the lp never came out and hope one day soon to be able to issue it on absurd…..)


abyss 001 : dimosioipalliliko retire : ianus cd (edition of 500. a work of the legendary greek experimental project. 2 tracks that were to be played simultaneously from 2 radios and the 3rd track the mix of the first 2. released in may 95, a week after harsh dept had ceased to exist)