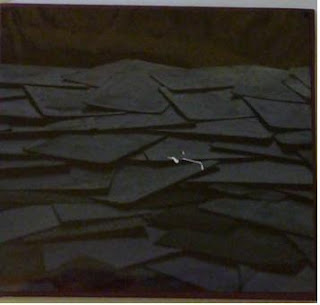 here we are... absurd's 1st proper (cdr) release... initially to be perverse series's final tape release (act 8) and was to come out a couple of months after the release of onomatopoieia's 'irrelevant' tape (sooner or later will be uploaded).

i came across, die feine trinkers bei pinkels daheim, back then, thanks to stefan knappe of drone records, refering to them as the german big city orchestra, both for their musical style but also their crazy titles. being curious for their sound i checked a couple of their tape releases and thanks to stefan got in touch with jurgen eberhard discussing for a tape to the (already bankrupt) perverse series... (at that point absurd was dealing as a part of perverse series regarding its releases at least some limited edition tapes were issued under perverse series's name credited to absurd.)

however, early 97 thought was high time perverse stopped once and for all and continue with absurd. cdr boom was just starting, so being a new medium thought a cool idea to start doing cdrs. thodoris zioutos (partner in crime in the first absurd days) helped a lot with mastering, duplication of the early absurd cdrs. can't recall how took the decision to turn from tape to cdr, i think it was in march 97 during a trip to the city of volos. the thing is that it started accidentally without knowing back then the maelstrom of releases that was to come in 00's....