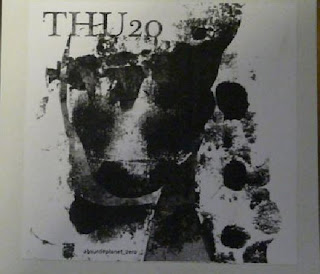 the idea for the release was to be the first mp3 release of absurd on anet.gr starting this way the zine's mp3 database...well due to problems back then the 2 tracks of which the whole piece consisted of were uploaded as real audios. eary 00's a cdr version of it was included as a supplement in the zine 'lost transmissions from planet zero (included in the zine were interviews with dale lloyd (www.and-oar.org), per svensson (www.persvenssonsoundart.com), valerio tricoli (www.bowindorecordings.com/valerio_tricoli.htm) and a thu 20 story.

finally almost after 12 years gets uploaded in the form i initially wanted it to be... enjoy!

Good luck with the blog!!!