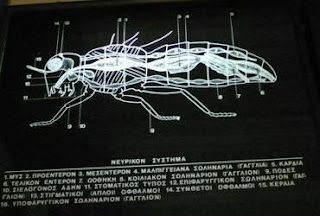 while I was doing my military service and under an extreme lunacy for schimpfluch label, sometime in early 1994, asked rudolv whether he’d love the idea for my starting a sort of a label dealing with schimpfluch and related artists. we kept on discussing it during 1994 that the idea was born and rudolv offered a couple of unreleased material to be released (one of which was “morx & kotschlag” that came out in February 1995 on the Selektion Host Series). This brainchild saw the daylight in late summer 1995 to become rather quick one of my worst nightmares ever…unofficially stopped in march 1996, the official disbandment came in march 1997.

(the 1st time mentioned was from rudolv sometime in 1991, in the schimpfluch interview for GG#3, and the work was finished sometime in early 1994 when we first discussed of the perverse series project. The whole collaboration result (both artwork & soundscapes) though was remixed in a more insane&extreme approach in early 1995. the cd was released in November 1995)

(a co-production with Oxy pbl (Greece) which was worldwide distributed by Staalplaat & Soleilmoon. It was to come out in march 1996 but due to financial problems luckily came out in may 1996

act 3 : mangled (originally was to be a co-production with Sin Org (Italy) but never saw the daylight as Mangled ceased to exist)

act 5 : hauthanh/mpd (split tape co-produced with myotis (Belgium). each label was to release it with different covers. the perverse edition was never out, as long as perverse ceased to exist.

act 7 : onomatopoeia : irrelevant c46 (edition of 70, recorded under an enthusiasm for flags and each cover was coming with a different flag sticked on it)


also a few tapes were released as well under perverse's umbrella (a bit weird thing though some were something in between perverse and pre/early absurd ones). here's the info on them..


started issuing them sometime before the time that perverse series ceased to exist this tape series was supposed to be a sublabel of perverse. All were c40 tapes limited to 50 copies maximum.

(one day in january 97 received a tape featuring recordings of crowd/projects done during the opening of RRR’s new store. a couple of months later mpd we played on our mixing desk with the tape and here’s the result. limited to some 40 or 50 if i recall well now.)

2 - area 42 (still unpublished, side project around Miko Aspa (the guy behind Freak Animal label & a host of other projects))

3 - deison : random screams (some 40 copies. in plastic bag, tape credits and title were glued on a broken and cut cd surface. they were coming in 2 transparent xeroxes. each glued on the cd's surface.

4 - use your pain/kadef : satan serviert bittermandeln zum desert (kind of a split tape limited to some 40 if i recall well now. packed in newspaper, w/ rope and 3 almonds glued on it)
Αναρτήθηκε από www.noise-below.org στις 9:10 π.μ.